DUIs are incredibly serious charges that can carry a wide array of potential penalties that may affect an individual for years to come, which is why if you’ve recently been charged with one, you must speak with a knowledgeable Chesapeake DUI defense lawyer today. Contact Patzig Law to learn more about how we can assist you.

Do I Need a Chesapeake DUI Defense Lawyer?

If you are caught driving while under the influence of drugs or with a blood alcohol content of .08% or higher, you will most likely receive a DUI. Our Chesapeake criminal defense lawyer can analyze your case and from there, effectively fight your charges.

Penalties for a First-Offense DUI in Virginia

If you are caught driving under the influence in Virginia, even if it is only your first offense, you will face very serious penalties. They are as follows:

Penalties for a Second-Offense DUI in Virginia

For a second-offense DUI within 10 years of the first, you will most likely face the following penalties:

Penalties for a Third-Offense DUI in Virginia

For a third DUI offense in Virginia within 10 years of the previous DUI offense, you will most likely face the following penalties:

In many cases, our firm can work to have your DUI charges mitigated, or, in some cases, altogether dropped. Often, the best option is to fight for a “wet reckless” plea bargain, which is essentially a reckless driving charge that involves drugs or alcohol. For this charge, you will most likely face the same penalties that a reckless driving charge entails, which are less serious than standard DUI penalties. The only caveat is that you will most likely have to participate in, and complete, the Virginia Alcohol Safety Action Program.

Penalties for an Underage DUI in Virginia

Many states have “zero-tolerance” policies in place when it comes to underage DUIs, and Virginia is no different. Under Virginia’s zero-tolerance law, those who are under the age of 21 may receive a DUI if they are found to have a blood alcohol concentration of .02% or higher while operating a motor vehicle. An underage DWI is considered a misdemeanor crime in Virginia. The penalties for an underage DUI in Virginia are as follows:

You should note that in some cases, an underage driver may enroll in the Virginia Alcohol Safety Action Program, which, upon completion, may allow them to continue driving to work and school during the period of their license suspension. To receive a restricted license, you will also have to install and use the ignition interlock device in your vehicle.

If you refuse to submit to blood or breath testing after being lawfully stopped for a DUI, under Virginia’s implied consent laws, you will face the following consequences:

The bottom line is that if you’ve been charged with a DUI in Virginia, retaining experienced legal counsel is critical. Contact Patzig Law today to speak with a knowledgeable Chesapeake DUI defense lawyer who can analyze the circumstances of your arrest and determine the best path going forward. 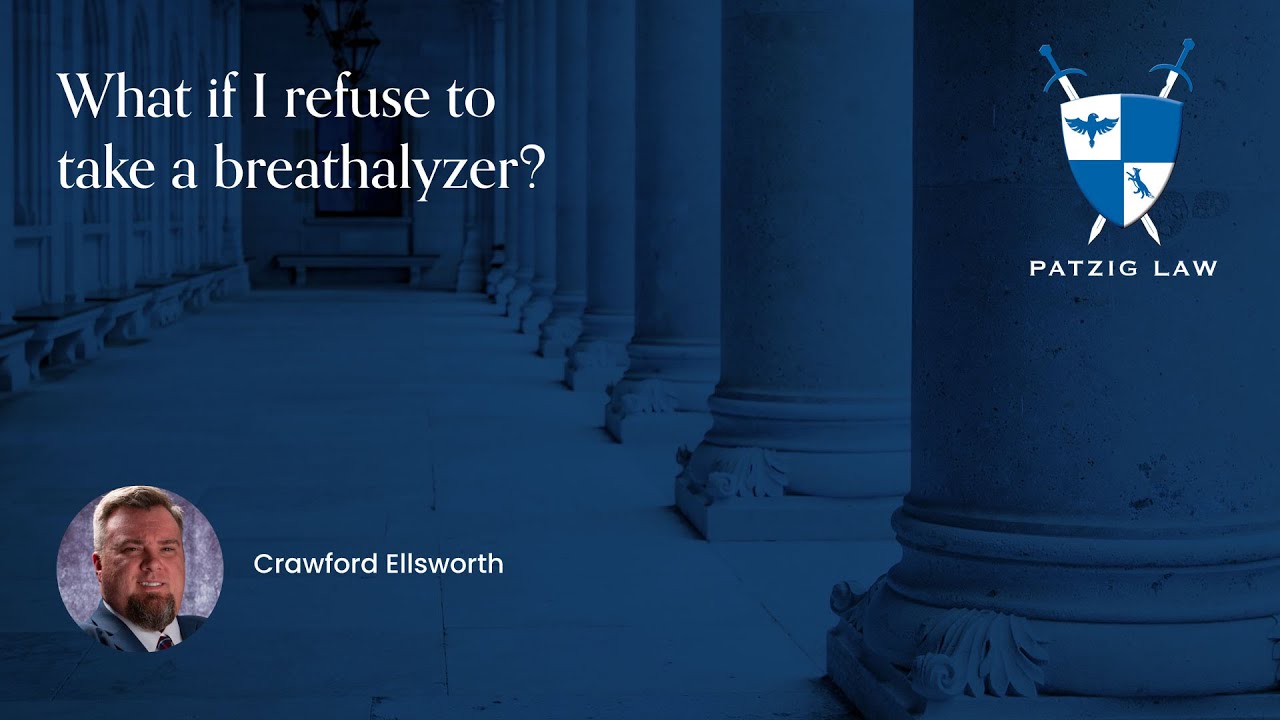